Hydrocodone is the most frequently prescribed opioid in the United States and is associated with more drug abuse and diversion than any other licit or illicit opioid. Hydrocodone is a Schedule II narcotic that is marketed in multi-ingredient Schedule III products. The Schedule III drug products have accepted medical use in treatment and have a moderate to low physical dependence or high psychological dependence. It is an orally active agent most frequently prescribed for the treatment of pain. Hydrocodone has a chemical structure that is related to that of codeine and morphine. Its analgesic potency is similar to morphine. Hydrocodone is also an antitussive (cough suppressant) agent with an efficacy similar to that of codeine.

There are numerous brand name and generic hydrocodone products marketed in the United States and all are combination products. The most frequently prescribed combination is hydrocodone and acetaminophen (for example, Vicodin®, Lorcet®, and Lortab®). Other examples of combination products include those containing aspirin (Lortab ASA®), ibuprofen (Vicoprofen®) and antihistamines (Hycomine®). As a legitimate pharmaceutical, Hydrocodone is found in the illicit market most often in tablets, capsules and liquid form. Tablets containing acetaminophen are the most frequently encountered products. Hydrocodone can be obtained from illicit internet sources, altered or fraudulent prescriptions, doctor-shopping, drug theft and from friends or acquaintances. Most often these drugs are abused by oral rather than intravenous administration.

Hydrocodone, like most other opioids, induces euphoria, sedation and alters the perception of painful stimuli. Hydrocodone can cause drowsiness, dizziness, nausea, constipation, urinary retention and in higher amounts, depressed respiration. Long term use can lead to tolerance which gives way to dependence and addiction. Withdrawal symptoms include restlessness, muscle and bone pain, insomnia, diarrhea and vomiting. Like other opioids, hydrocodone overdose is associated with cold and clammy skin, severely constricted pupils, and slow breathing that can lead to a loss of consciousness and death. Large doses of hydrocodone in combination with acetaminophen may cause severe liver damage.

If you or someone you love has a problem with Hydrocodone, call our professionals at Sobriety Resources (855)289-2640 today to experience the freedom of sobriety. 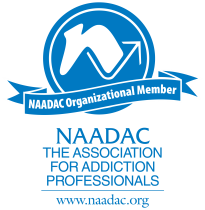